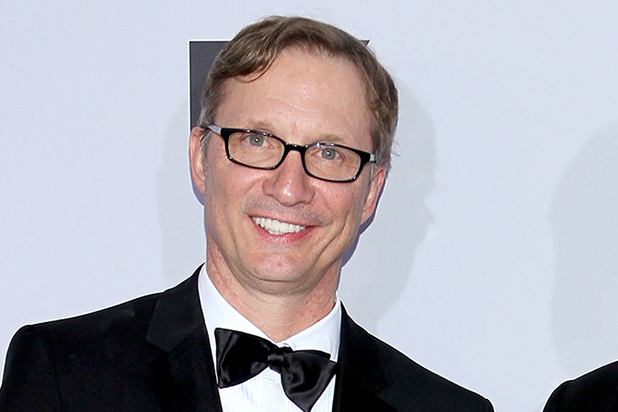 An Interview With Jim Burke by Heidi Haaland

The stories favored by award-winning producer Jim Burke (Election, Kingpin, The Descendants) could stampede an entire herd of the entertainment industry’s most sacred cows. No one meets cute, talks cute, does cute. There is no obligatory petting of dogs, no gratuitous saving of cats– just imperfect, sometimes unlikeable people, sifting through their short-comings and self-created troubles in search of something good about themselves. This clear-eyed, unsentimental approach has yielded films to which audiences are deeply attached. How do you pull that off? Mr. Burke recently took some time to answer that, and a few other questions.

HH: What was the first screenplay you ever read?

JB: I’m not sure, but I think it was Die Hard. I was at Warner Brother in TV Syndication, dreaming of making films, and I got a hold of a copy that I took along on a plane ride. I remember thinking, ‘Oh, so this is what a script is like’ and also that I was just so impressed. When I finally began producing, I was much more generous in my assessments. At this point, though, I’m much more critical.

HH: What lead you to film making?

JB: Film making came as a goal, after college, but until then, all I knew was that I wanted to be in show business. I didn’t know anyone. I just drove out here. It wasn’t a great plan, it was more of an intention.

HH: So that worked out.

JB: There’s a real advantage in not knowing how hard things are going to be. Keith Samples and I founded Rysher Entertainment with a goal to make movies. We began there. We worked for HB0, and made four films in a row. That’s how I learned.

HH: When did you know producing was your calling? Did directing or acting ever appeal to you?

JB: It came to me pretty quickly that I had the skill set for producing. That was my strength. If I were to direct, it would be good, but not great.

HH: When did you really feel like a producer?

JB: Actually, it might just have happened recently. When you work in the arts, you always have your doubts. If you don’t, you’re probably not doing a very good job.

HH: What is it about a piece of material that makes you sit up and take notice?

JB: How it makes me feel.

HH: What completely kills your interest? Are you a stickler for structure, for example?

JB: No, not at all. Many of the writers who work with us are, however, and I sometimes make suggestions that run counter to that. But I’m okay with unconventional.

HH: When choosing projects, do you cut your coat to fit your cloth, or do you decide “we want to do this and we will find the money.”

JB: I don’t really think about money. It’s my strong belief that if the material is great enough the director and actors will come and then the money will come.

HH: You read The Descendants prior to its publication. How did the development unfold?

JB: When I was sent the manuscript, I didn’t know much about it other than it was set in Hawaii and wouldn’t it be great if the book was great? I worked really hard to acquire it and was successful. As with any adaptation, all sorts of choices have to be made. Big chunks of the book have to be left out and what are those going to be? After about two drafts, we had what we felt was a really good script, which Stephen Frears and I worked to develop with the screenwriting team, Nat Faxon and Jim Rash.

HH: I did not know that about Stephen Frears.

JB: What happened was, he had another project going halfway around the world and had to drop out. So I went to Alexander [Payne]. The timing was more right for him. The two of us and our production designer went to Oahu, on a journey of discovery, and spent a month just absorbing it. Although we’d visited Hawaii previously, we wanted to portray the world people actually lived in, just as the Los Angeles we know differs from the ideas of people who come here as tourists. Afterward, Alexander began writing on his own, which was a first time for him, because Jim Taylor had another commitment. He started by going back to the book and re-envisioned the movie.

HH: It seems that could be a potentially difficult situation. How do you handle that constructively?

JB: You’re right in saying it can be sensitive, but the ultimate goal of any writer is to make a movie, and a great one. We were lucky. And Nat and Jim’s script wasn’t being rewritten by a hack, it was being rewritten by an Academy Award winner. It wasn’t about the quality of their draft, but that the script was not yet personal to Alexander, which is what he needs as a director. Do you know who Thomas Lennon is?

HH: I just read Writing Movies for Fun and Profit
[co-written with Robert Ben Garant]. It was extremely funny [NB: The State = hilarious!]

JB: That’s him. So, his comment was “I don’t understand writers who get up in arms when changes are made to scripts that they sold. It’s like being annoyed that the people who bought your house changed the color.” I don’t mean to sound cold, but that’s how this process works. And it’s the same for actors. They may believe that a particular take represents their best work, and while that might be true, it may not be the one the director selects because it isn’t the best choice for the movie. No one has total control over the film making process and that is one of its main lessons.

HH: You have six projects in development. Can you talk about them?

JB: I’ll just mention Keep Coming Back, which is the story about James Fearing, the first person to ever professionally practice the art of intervention. He realized this was something he was very good at. A wife would call Hazelden or Betty Ford because her husband refused to seek treatment and they’d refer James who would organize the family and friends. He himself at times was kind of dysfunctional, however. The script is very funny and action-packed, and we have an excellent writer, Mike Gilio.

HH: Have you cast this yet?

JB: No, but there is a great deal of interest already.

HH: How do you gauge how much time to devote to development? Have you ever had to cut bait?

JB: Oh, yes. That’s one of the toughest decisions for a producer to make. To get involved, you need a certain passion for the material and then you go out and expose it to the creative community and it is very hard when people aren’t receptive, when they don’t respond to the thing that you’re passionate about. But if everyone tells you the same thing, you have to pay attention. Sometimes you need to listen and take that note. But other times you have to power through.

HH: Has there been a time when colleagues discouraged you from pursuing a project and your judgment was vindicated?

JB: With every single movie I’ve made. But anyone making films will tell you the same thing. Often, in those rare cases when everyone gets behind an idea, those are often movies that turn out poorly.

HH: In the past decade, there has been nearly a 20% decline in domestic box office, while the overseas appetite for the blockbuster movie has grown steadily. Is that something that wakes you up in the middle of the night? Or do you feel that Ad Hominem has figured out how to connect with people who still buy movie tickets?

JB: No and no. As a matter of fact, The Descendents did 15% more business overseas, which made us very happy. At a certain point, though, I just stopped paying attention to trends. There are so many ways to deliver product these days and the goal is to execute well and that just doesn’t happen enough. I keep my eyes focused on executing. I have made films that didn’t perform well at first, but over time have found their audience. That’s not the feeling I’m looking for. I’d much prefer for that audience reaction to be immediate. But if the alternative is a blockbuster that makes money but is quickly forgotten…

HH: What do you wish writers would do more of?

JB: Be original. Write well. Be a good writer.

HH: What do you wish writers would stop doing, immediately?

JB: Being sloppy. Let me tell you something: when I read a script and encounter typos I have serious reservations. The same goes for leaps of logic and plausibility, where you wonder “how did she know that?” I’ve read scripts that don’t seem to have been read by anyone before they were submitted.

HH: You mean from writers with agents?

HH: Oh. Do you have favorite screenwriters?

JB: Alexander and Jim, of course. And also Mike, who I mentioned. But I have many favorite writers.

HH: If you made a board game movie, what would it be?

JB: There would never be a board game movie.

HH: On commercial flights, do you reveal your occupation to your seat mates, or is that just asking for trouble these days?

JB: If people ask, I tell them. I don’t advertise it. I come from a large family and someone always has a script to pass along. I have two conditions: one, I will read it if you’ve read it and two, I will read it if it’s great. That stops the flow. I don’t want to read anything you haven’t spent 2-3 hours of your own time on because reading takes a lot of time. And also, this isn’t original, but we always say around here, you have one chance to make that impression. We don’t take a script to a studio until it is as good as it can be and everything makes sense. It may not be ready to shoot, you might like to make some changes, but it’s bulletproof. And if I were writing a screenplay, my chief objective would be that air-tight, best-possible version.

JB: Many screenwriting gurus and coaches have rules and principles, I don’t know them all, but one you often hear is “Never use voice over.” Well, we use them all the time and I think that’s fine to do. Obviously you don’t want to use it like a bandage, to solve problems you haven’t worked out, but we see it as a means to get inside the head of the character. To be funny. To be human. To show a character saying one thing, but doing another. Whenever I hear someone say “I’m the kind of person who…” I know one thing for sure and that is, you are not that kind of person because we are all horrible judges of ourselves. We all share the basic qualities. And being human will play wherever you are.