7 Steps to Writing Your Screenplay 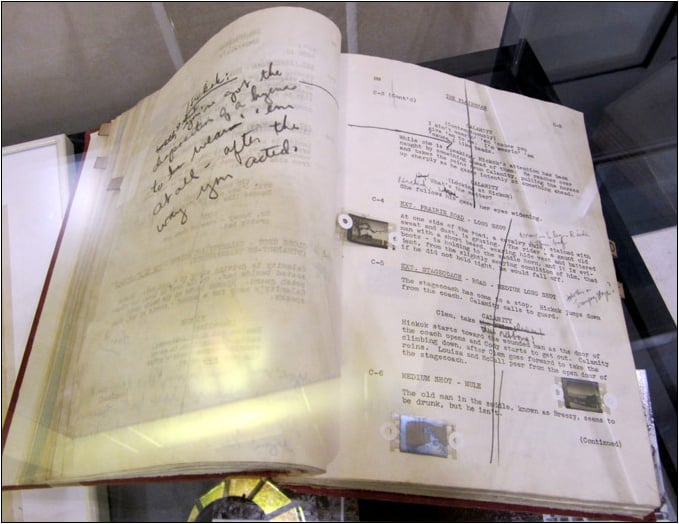 7 Steps to Writing Your Screenplay

Most professional writers I know have a surplus of ideas. Because of this they tend to think little of them. But choosing a good concept is, in many ways, the most important step of all, assuming you follow through on all the others. You want a concept which, when described, suggests the story to follow. It should excite you and make you think about various scenes you will write. If you are excited by the concept, if you can see the story unfolding in your mind’s eye, then there is a good chance others will also be excited by the concept.

Writers plan in different ways, and some don’t plan at all. You will eventually find what best works for you, and it may not be a detailed outline (I don’t outline myself, though I do keep a notebook handy in which to jot down important information as the writing progresses, so that I won’t have to flip back through my pages to rediscover necessary details), but if you’re first starting out, I suggest some sort of written plan. It might be a bullet-pointed sheet of paper with the major story beats on it; it might be a couple dozen index cards thumbtacked to the wall above your desk. Either way, I think it’s a good idea to have a roadmap handy so that you do not get lost on the way and take unnecessary detours, for those detours will eventually have to be cut from your screenplay, which means the time spent on them was time wasted, no matter how beautiful the scenery.

3. Familiarizing Yourself With the Medium

Once you have some sort of plan, you’re ready to begin writing—so long as you’re familiar with screenplay format and structure. If you’ve watched a lot of movies—and I assume you have—you probably have some instinctual grasp of story structure, but formatting is a different matter. If you don’t know how to format a script, I suggest reading a few, and not the ones published in book form you can find at your local Barnes & Noble. Websites such as www.simplyscripts.com have actual drafts of screenplays available, and these are what you will want to reference. Ignore the transcripts; they are useless. You also may want to download dedicated screenwriting software. I banged out my first script on a typewriter (I’ve been writing for a long time) and my second in a Word document, formatting as I went, but I don’t recommend either of these approaches. I now use Final Draft, but this might be an expense you can’t afford. If so, there are free programs available, including Celtx and Page 2 stage. Download one of these and play with its features so that you know what you’re doing. You do not want a program designed to help you to interrupt your flow simply because you don’t know how to utilize it.

This is, of course, the heart of the job, and if you’ve planned well it should go rather smoothly. Once you begin a project, I think it’s important to write every day until it’s finished. If you write a thousand words a day, about five pages, you will be finished in less than a month. This, to me, is a perfectly reasonable goal. If you, however, are a slower writer, try to at least finish one page a day. This will give you a full-length screenplay in a little over three months. The point here is to get the story down on paper.

Remember to write only what will appear in the film. Screenplays are not the place for internal monologues. If you can’t see it or hear it, it doesn’t belong. This may seem elementary, but I have read many scripts that include unfilmable material. What you want is a movie on the page, nothing more and nothing less.

I suggest at least three passes. The first is for story and character. You now know where the drama lies. Milk that drama as much as you can. Cut scenes that do not push the story forward or reveal character, and if the scene does only one of those things, try to make it do more, combing scenes where necessary. Be brutal. Once the story is where you want it to be, go through the script again for dialogue. Read it aloud and where it sounds unnatural, rewrite it. It doesn’t need to be grammatical; it needs to be human. People do not speak in complete sentences. They use contractions and say “ain’t.” They do not explain things that everyone in the room already knows. The third pass is for spelling and grammar. You do not want a poorly-worded sentence or a spelling error to pull the reader from your story. You want every reader to fall into it completely, and this will only happen if you eliminate the errors that will remind them that they are, in fact, reading something that someone else wrote.

Once your script is where you want it to be, it is time to send out query letters. I suggest first writing a template. It should read something like this:

I recently completed a screenplay called A Penny for Your Thoughts about a successful businessman who inadvertently sells his thoughts for a penny to a fellow he meets in a bar. As he loses his memory and the man who purchased his thoughts takes over his life, he must race against time to find the penny, which he left at the bar, and buy back his thoughts before he loses himself completely.

This is my first feature-length screenplay. However, I minored in Film at California State University, Long Beach, have attended one of Robert McKee’s conferences, and have published short stories in Weird Tales and Asimov’s Science Fiction magazine.

Thank you for your consideration. I look forward to hearing from you at your earliest convenience.

Once you have a template, go to the WGA website and find their list of signatory agencies. These are the folks to whom you want to submit. But before you send off your letter, you should do some legwork. Find out which agents represent writers who are doing similar stuff to you, and use that knowledge to personalize each letter you submit. If the agents you reach understand you are not blindly sending out letters, if they understand you are submitting to them for a reason beyond the fact that they are agents, if they understand that you know something about them, they are much more likely to at least consider your letter.

Once you complete that last step, you begin again immediately, because, above all, writers write.