Picking The Title of Your Script 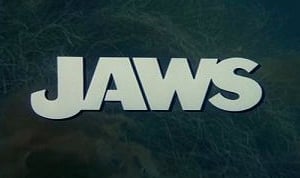 Picking The Title of Your Script

Why are you reading this? Most likely because you don’t like what you’re calling your screenplay. What’s it called? Do you have a title or a working title? A working title is a title that sucks that you put on the file of your script, right? I’m writing something right now that doesn’t have a title and doesn’t even have a working title, that’s how much trouble I’m in. I’m so overwhelmed by figuring out what the story is I can’t even invest a moment into coming up with something even stupid to call it. Titles are worse than loglines, because while they both come from a different part of the house than a compelling screenplay, loglines are sitting on the couch in the front room acting invited and the title is out in the yard playing with a half-inflated soccer ball, alone. Judging BlueCat, I can look at a list of script titles in the database and know, quickly, that some of these scripts might not be done, all from the title. Now even the fact that I would make that cursory judgment proves how important a title is, BlueCat doesn’t judge our scripts that way, of course, you can look at our top scripts and their titles vary from perfect to totally nondescript, like Chinatown or The Godfather or Casablanca. But if a title puts someone off, what happened? How can you teach titles? You can’t teach titles the way you can teach dialogue, or character development, or raising the emotional investment of the audience. It’s totally different. But here are some things to help you get to a better title, or possibly the greatest title your movie can have.

1. Run it by people. Titles are like ideas. They come from where? You don’t know, do you? You might remember when you thought of the idea, what you were reading, who you were staring at, and you might think the idea came from that. It didn’t. It happened. It occurred. It came from who knows. Same as titles. You can sit and think of a great title like you can think of a great idea for a movie, or you can live your life and find your ideas, have them revealed to you as you move through the day. Your title most likely will happen this way. Or you’ll just come up with one when you’re trying to come up with one. Either way, like ideas, you need to run them by people and say, hey, what do you think? Here’s my 20 second idea for a movie. Here’s the title. Or are you going to ignore what people think and say because you don’t plan on showing your movie to human persons. If you are planning to show your movie to more than your GI Joes, then show your title to people.

2. Don’t be stubborn. You came up with something and you think it’s awesome, because before you came up with it, you were trying to get a great title, because you’ve had great titles before, and you want it to happen again. So you ran it by some people and everyone looks back at you like you said something wildly inappropriate. Ever tell a funny story and nobody laughs? The look on those faces is the look of your title isn’t good face. But even after everyone looks at you, you still say that’s a good title and that’s what I’m gonna call it. Well, hopefully your script will make up for it, or even better, you cross off that title and move on, looking for another. Take the feedback. If you get the look, your title isn’t gonna work, and quite possibly, the contents of your screenplay might not as well.

3. Make your working titles dumb. The fact is you call it something that you know is not special and it looks like a working title and you tell people that’s a working title and one person starts saying I like it and then what? Maybe it becomes your title. A placeholder title is like a placeholder scene. Placeholder scenes end up in movies because it’s harder to move furniture into a house that has furniture in it. If you have a house that’s empty, you can move stuff into it. But if you have a bunch of old couches that you’re using until you get a new couch, guess what, that’s your couch. That’s your home. Placeholder scenes are old couches. Working titles are crappy dining room table chairs. Just call it Laundry Basket or Hank Aaron, something that makes you happy, Burrito Party, whatever, but don’t bring it in the house.

4. Most importantly, don’t name your movie something you don’t like. Sounds funny, right? That’s like saying everyone loves their screenplay. Do you love your screenplay? Not so much? Ok, probably need to work on it then. You work on your screenplay until you are so charmed by it, along with everyone else. Once the world, including you, is in love with your screenplay, it’s done. We have to be honest with ourselves with this whole thing or it doesn’t really work. If this is not about love, then maybe that’s why so many movies bomb, right? Look at your title and set aside the reasons why it’s a good title, why it works, why it fits your movie perfectly, and ask yourself, do you actually like it? Don’t you have a say in this? What’s your answer? No? Then take it off and call it Silverware drawer and let’s move on to writing the story.

Your title will come.